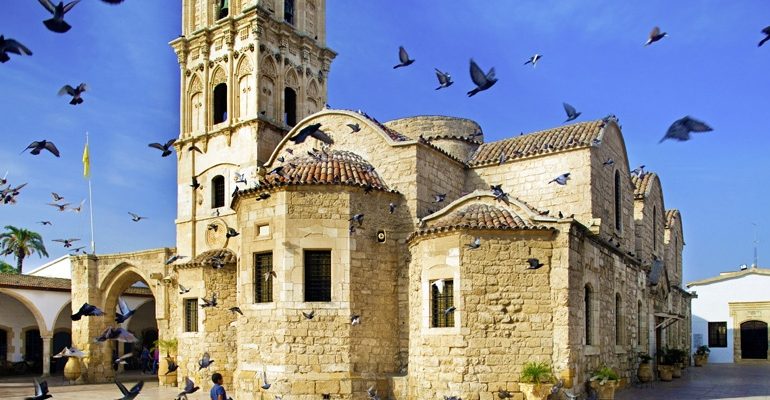 he Church of Saint Lazarus is named for New Testament figure Lazarus of Bethany, the subject of a miracle recounted in the Gospel of John, in which Jesusraises him from the dead. According to Orthodox tradition, sometime after the Resurrection of Christ, Lazarus was forced to flee Judea because of rumoured plots on his life and came to Cyprus. There he was appointed by Paul and Barnabas as the first Bishop of Kition (present-day Larnaca). He is said to have lived for thirty more years and on his death was buried there for the second and last time. The Church of Agios Lazaros was built over the reputed (second) tomb of Lazarus.