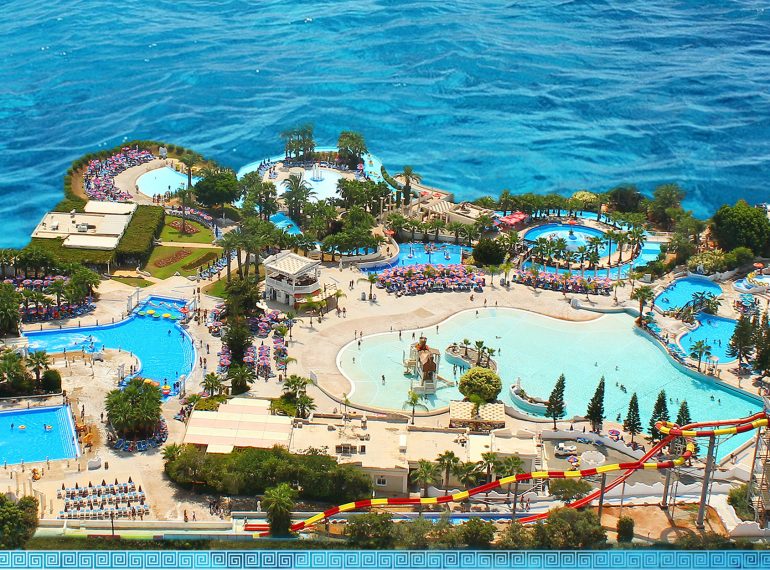 WaterWorld Themed WaterPark is an Ancient Greek Themed Waterpark located in Ayia Napa, Cyprus. It is one of the biggest themed water parks in Europe and it has more than 25 rides and attractions. The park operates a large selection of rides and attractions, food outlets, souvenir shops and other facilities. It has a long-standing reputation as Cyprus’s Number one Tourist Attraction and is frequently featured in the national media and international media. Operational since 1996, WaterWorld has been pronounced as one of the 12 best water parks in the world by CNN. The step-back in time look takes you into an ancient Greek mythological world, with an array of fountains, geezers, statues and columns!