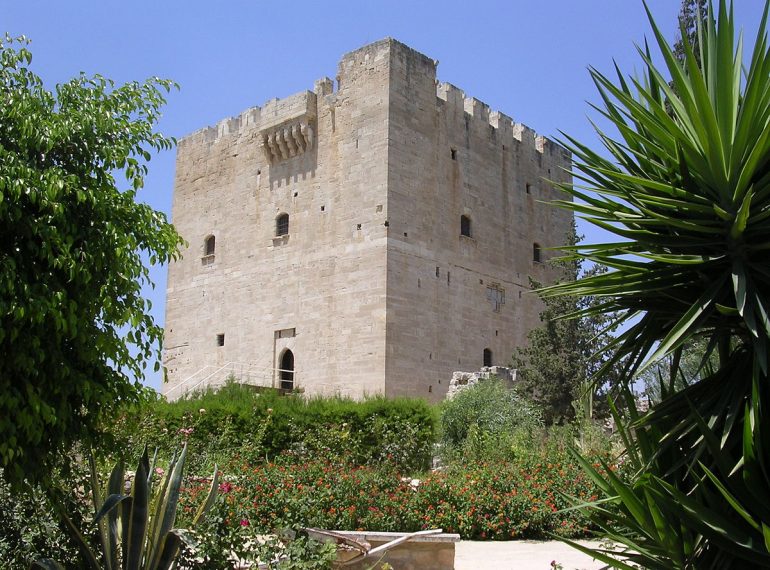 Kolossi medieval castle is located 14km west of Lemesos and is a fine example of military architecture. The castle was originally constructed in the 13th century by the knights of St John and rebuilt its presence form in the middle of the 15th century after a Genoese attack. The rooftop of the castle offers wonderful views of the surrounding vineyards, which produce the famous sweet dessert wine, ‘Commandaria’, the world’s oldest named wine, was produced by the Knights of St John of Jerusalem who had their headquarters here in the middle Ages.